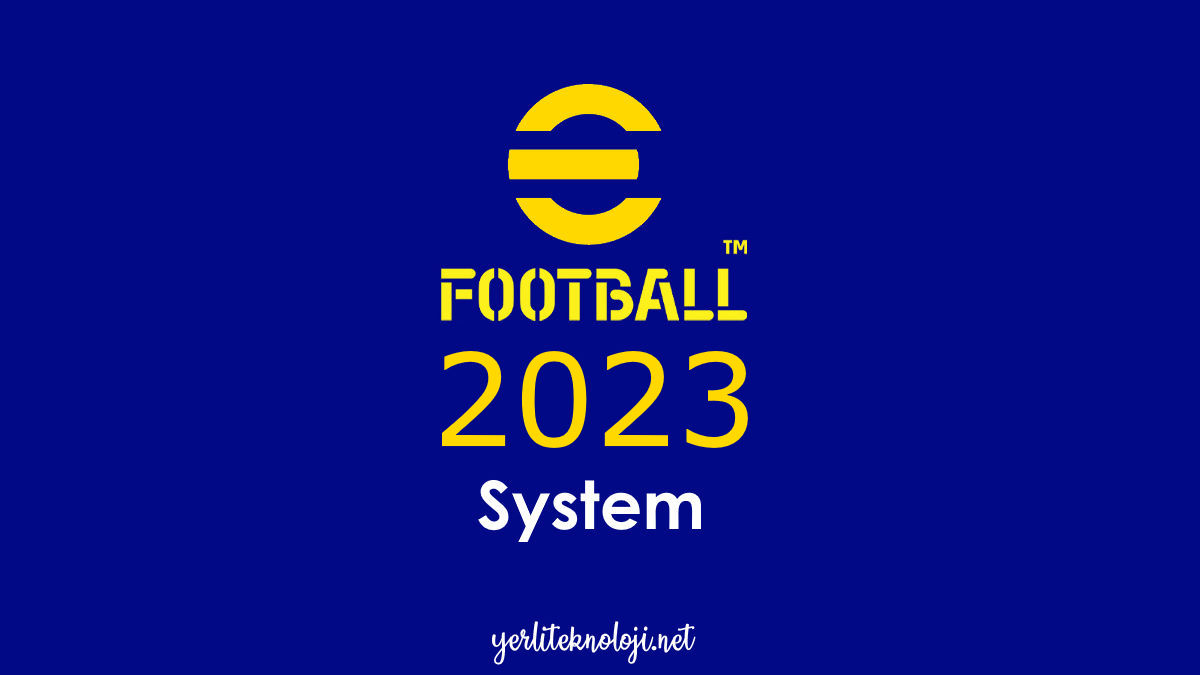 What are the system requirements of eFootball 2023, one of the most loved football games in the world? here are the predictions…

The popular football game eFootball, formerly known as Pro Evolution Soccer, seems to be recovering after the 2022 defeat. Because the game, which lost many of its players to Fifa, still has millions of fans.

Especially from Pes 2008 to Pes 2018, the game series that is very popular and still played today is called eFootball by changing its name.

So how will eFootball 2023 be? Although there is no clear information at the moment, the eFootball 2022 game was a great disappointment. Konami, who announced that it would release a fix a few months later, later increased the period up to 5/6 months. This showed us that the correction to be made was very serious.

In short, Konami, which has learned a great lesson from eFootball 22, is likely to be much more assertive for eFootball 23. Missing its old glory days, the PES series with its new name eFootball seems to have to work hard to attract the attention of the players.